An Original Pokémon Roleplay
Sunny Days
site information click to toggle
The Seiza Region, a large expansive region in the form of an archipelago. There are about seventeen thousand islands in this region, although the exact number of islands is unknown and hard to tell. This is because there are islands appearing from the sea everyday, and islands disappearing as the Pokemon world continues to change. There is a diverse range of Pokemon that can be found here, consisting of numerous Pokemon from all over the world. Out of all the thousands of islands, the five biggest islands are the islands that are most well-known to Seiza's residents.

This large, tropical region is unique in its culture. The Seiza region is known for its strong spirituality which creates a pure energy, one capable of attracting legends from around the world who want to flee towards it. It is the gathering place of legends, those respected and feared. Lugia and Ho-oh are known to roam the skies, while Manaphy is known to patrol the oceans.

The heart of the Pokemon world lies in this region. This creates a strong relationship between the legends in the region and the people who are living there. However, it creates conflict too. Groups like Team Rocket would do anything to capture these legends for their profit. This means that there is an inherent fight between good and bad.

In this region, there are no gyms. Trainers are educated through taking trials through the wise spiritualists of the region in order to learn the significance of their role. Trials start with tasks and end up with the experience of seeing something legendary happen before their eyes or learning to have a new-found respect seeing a strange phenomenon in the Pokemon World.

There are only five spiritualists in the region. They are also known as key-holders, guarding the homes and protecting the legendary that are inside. These spiritualists have been carried on through generations of different families, and they have been raised all their lives to follow their duties. They commune with the legendary Pokemon in their area.

Now, there is a small rumor in this region that some people gossip about. It's a rumor about legendary Pokemon who are capable of turning into humans, and meeting people when they least expect it. These human being-like creatures are called Silumons, and have been around this region ever since it came to be. Only spiritualists will know whether this rumor is true or false. 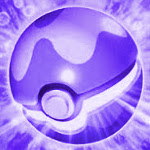